Marketers should be concerned with the absence of net neutrality because it has the potential to increase advertising prices and influence brands to begin budgeting their marketing spend more toward internet service providers (ISPs).

The repeal of net neutrality is scheduled to go into effect on April 23. In a non-neutral internet environment, ISPs like Verizon, AT&T, Comcast, T-Mobile and Spectrum can block or at least slow web traffic, which can create an unpleasant clog in the user experience. It may ultimately force marketers to pay a premium in order to reach the widest possible audience in a timely manner.

Think of network access now as a surcharge or tax on top of advertising prices, all while the consumer bears the brunt of the extraction.

“Brands will invest in marketing that reaches people, and if that means they can use platforms and adtech owned by ISPs, they will,” Mozilla CMO Jascha Kaykas-Wolff told AListDaily. “If ISPs can pick and choose what works—and what works well—then it will be harder to reach consumers if you don’t put up the money.”

Obama-era net neutrality protections were intended to keep the internet a fair, open playing field by requiring ISPs to treat web traffic equally. With consolidation in ad platforms and major media and tech platforms becoming wealthier and more influential than ever, the FCC’s repeal of net neutrality creates a lack of competition within online markets.

“You’ve got to question whether it is the role of ISPs to pick winners before you start marketing,” said Kaykas-Wolff. “I don’t feel the majority is being represented in this hyper-partisan debate. Marketers will have to be a lot smarter upfront doing their planning for ad buying.”

FCC Chairman Ajit Pai, the poster child for the imminent change, took the stage for a keynote at Mobile World Congress last week and claimed the regulation is needed to build out the nation’s next generation of wireless infrastructure.

“The United States is simply making a shift from preemptive regulation—which foolishly presumes that every last wireless company is a competitive monopolist—to targeted enforcement based on actual market failure for any competitive content,” Pai said. Companies from Netflix, Reddit, Tumblr, Sonos and even Burger King are all trying to keep alive the fight against Pai and net neutrality. Internet companies like Etsy, Expa, Kickstarter, Automattic, Foursquare and Shutterstock are taking it one step further and suing the FCC over the repeal.

In a cause marketing move that coincided with the Grammy’s, smart speakers-maker Sonos closed the doors to its New York flagship store to underscore the importance of net neutrality and the innovation it allows.

“If the internet becomes a pay-for-speed channel, I think marketers might have to pay,” said Dmitri Siegel, global head of brand for Sonos. “We will adapt to whatever changes take place in the media landscape. Unfortunately, there is no work around.”

Siegel stated any changes to the economics of sharing content could have a sizable effect on their advertising business.

“Anyone who delivers or consumes content through the internet should be concerned,” Siegel said. “We take this utility for granted, so it’s easy to think it’s someone else’s problem.”

Jason Peterson, chairman of entertainment tech company GoDigital Media Group, said net neutrality is the “elephant in the room for all internet businesses” and that marketers will now need to be mindful of price discrimination, peering and unfair competition. He offered a metaphor of how one driver will be able to pay $1 but another $5 for driving across a toll bridge.

“If we open up the market for wired and wireless internet access, this will create price and service competition among ISPs,” said Peterson.

Software litigation attorney Marcus Harris said ISPs now hold the keys because they have the ability to dictate where and how ads are going to be seen. For example, entering into a marketing deal with Verizon will ensure that digital advertisements will be viewed on Verizon-owned properties, like CNN (or Comcast, which owns NBCUniversal), and other high-access websites. Similarly, it’s possible that individual websites that ISPs deem as competition with its content could be blocked. This will force marketers to create a wide-net strategy directed toward major websites with the most users.

“At first, there will be uncertainty and a hodgepodge of airline-like fees to deal with,” said Harris. “One way to navigate that uncertainty is for brands to advertise directly with ISPs. It could help avoid uncertainty as to if the ad will be seen at all.”

Harris said brands could very well be forced to advertise on either free websites that bear the brunt of the fees associated with high-bandwidth advertising or pay additional fees to ISPs for content-rich ads. The result will be two-fold. First, small companies with limited advertising budgets will be regulated to second-class placement where ads are seen by a subset of consumers, or not seen at all, either because of limited access or slow load times. Secondly, only the largest companies with the biggest advertising budgets will be seen on large media outlets.

“The impact on targeted advertising to discrete subsets of consumers is unclear,” said Harris. “What is clear though is that this will all have an enormous impact on traditional metrics for tracking advertisements.”

Kaykas-Wolff added that any time ISPs mess with data it’s supposed to deliver, they introduce perverse incentives and a bias in the market. They also make it more difficult to launch a competitive product to the incumbent and more expensive to reach new customers.

“ISPs want to extract money from everyone involved, including users, platforms and ad networks,” said Kaykas-Wolff. “Fundamentally, whenever a user experience is compromised on purpose, no one wins.” 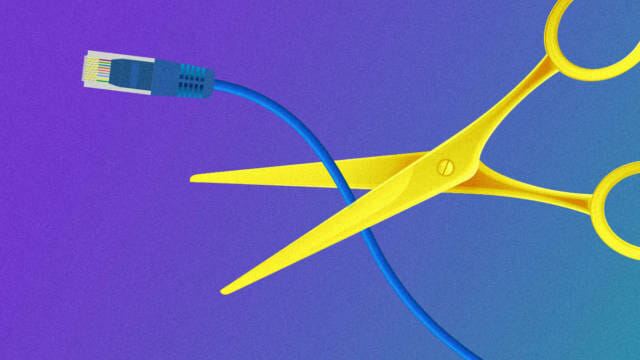 Ryan Singel, a fellow at Stanford Law School and formerly a reporter who covered net neutrality and tech policy for Wired, said there may be substantial advantages on spends for platforms owned by ISPs since marketers are always looking to gain a competitive advantage.

“I distrust ISPs, but I hesitate to say that marketers would totally kill off all other viable marketing channels,” said Singel, who also moonlights as the CEO of Contextly, an engagement platform for publishers. “I have a hard time thinking how ISPs can totally corner marketing spend.

“The big worry is that the cost of marketing is going to increase, and innovation and experimentation is going to stall. ISPs are increasingly trying to become vertical [companies]. You can see a future where they make themselves look more attractive to marketers.”

The lack of net neutrality can stall marketing innovation because creators and entrepreneurs will struggle to reach new users, and investment in new ideas may wither. Without innovation, the internet will begin to look more like cable TV over time, said Kaykas-Wolff, as only the dominant players could afford to buy their way into the network.

As advertisers look toward alternative ways to reach consumers, Harris expects a bigger push for brands toward social media like Facebook and Twitter because bandwidth premiums will likely be paid by the platforms.

“Right now there is going to be a very high level of uncertainty,” he said. “Traditional metrics and advertising prices will need to be recalibrated. For advertisers and brands that can afford it, they will need to create platform-specific campaigns to ensure that the user experience or message is not disjointed.”

With the repeal of net neutrality around the corner, there will be an inability to utilize traditional metrics, data and information to measure effectiveness, added Kaykas-Wolff. The C-level will need to start sharpening their skills around audience research and product marketing to develop effective campaigns.

“Marketers haven’t had to work these functions over the past decade because of the proliferation of tech platforms, ad targeting and tricks,” said Kaykas-Wolff. “They will need to start exercising marketing muscles more.

“This ease of access to tools has made us lazy, and we should go back to developing the fundamentals of marketing that are about the pinpoint understanding of where your potential customers are and what they need. This can tune advertising better than any tool.”